SafetyNet Bypass: Fix CTS Profile Failed issue. Are you getting annoyed by the SafetyNet security measure in a rooted android device and wanna install all the Banking and OTT apps in it? Do you’ve taken tremendous steps to come out from this problem and don’t got succeed in a single one?

If Yes, then you don’t have to get worried for one more second, since here we’ll apprise you about the most useful Magisk Module which is the best measure for this case.

Moreover, we’ll also provide you with this Magisk Module below.

Must go through the complete article carefully and, you’ll definitely evolve a lot to bypass the SafetyNet issue in your Magisk rooted smartphone. 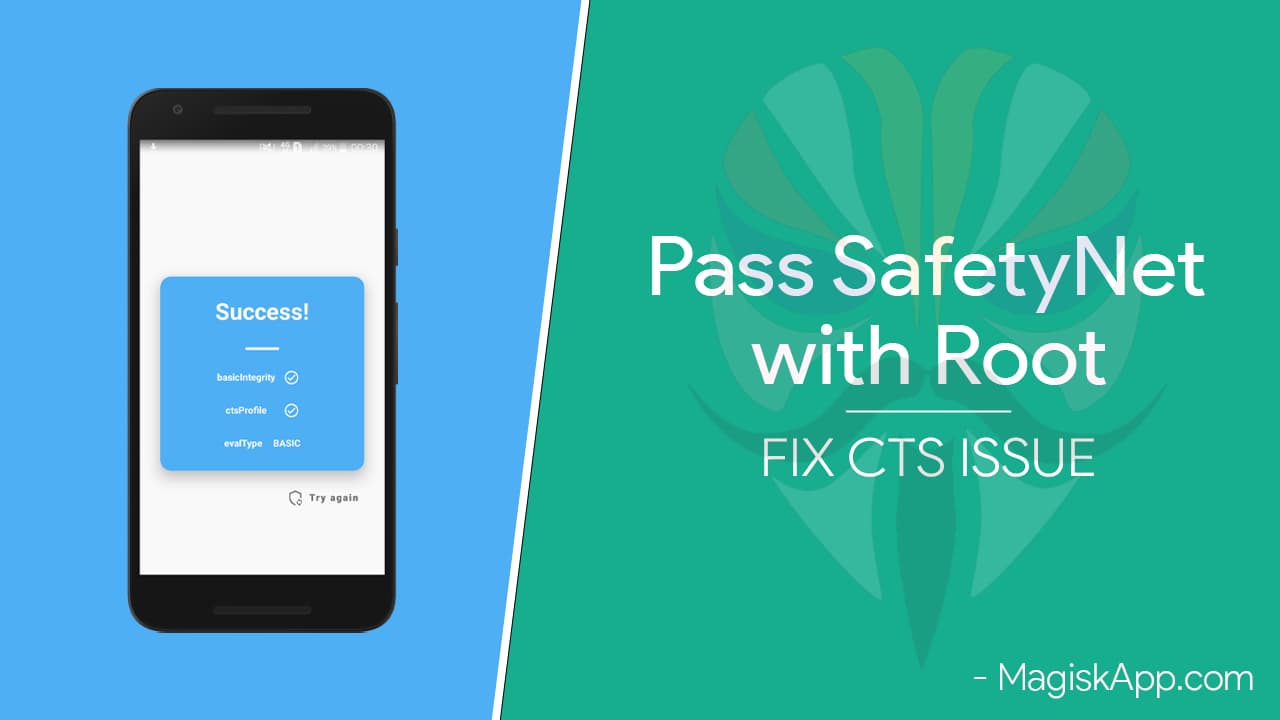 SafetyNet is one of the sumptuous security standards established by Google Co. Also, it’s an advanced security barrier that is damn hard to bypass easily. It basically blocks the rooted devices to download most of the signed and credential android applications like Banking apps, OTT platforms, Google LLC’s apps, as well as all the trading and money-based platform apps.

Well, it was first only applicable for the banking software, but right now, streaming apps also have adopted this measure and are working on it. It means that you won’t be able to use the fascinating service by Netflix and Amazon Prime until you break Google’s SafetyNet wall.

Universal Safety Net Fix is all you need for getting rid of this matter. It’s developed by Deiki, a member of the XDA forum.

Well, this module is only installable for the Magisk Su, which means that it won’t run in any other root manager. So if you’re operating the SuperSu root binaries or any other one, then you need to switch to Magisk Su to bypass the SafetyNet issue.

Universal Safety net Fix is the most convenient module that you can easily download below. If the Magisk App installation process won’t work, then please try to install it on TWRP Recovery mode.

Note – It’s the of the SafetyNet bypasser, so possibly it won’t run on some Android devices. So If you’re unable to install and use it on your smartphone, you can check for it later on the same website.

Since we’ll update it whenever the developer posts one. Be updated!!!